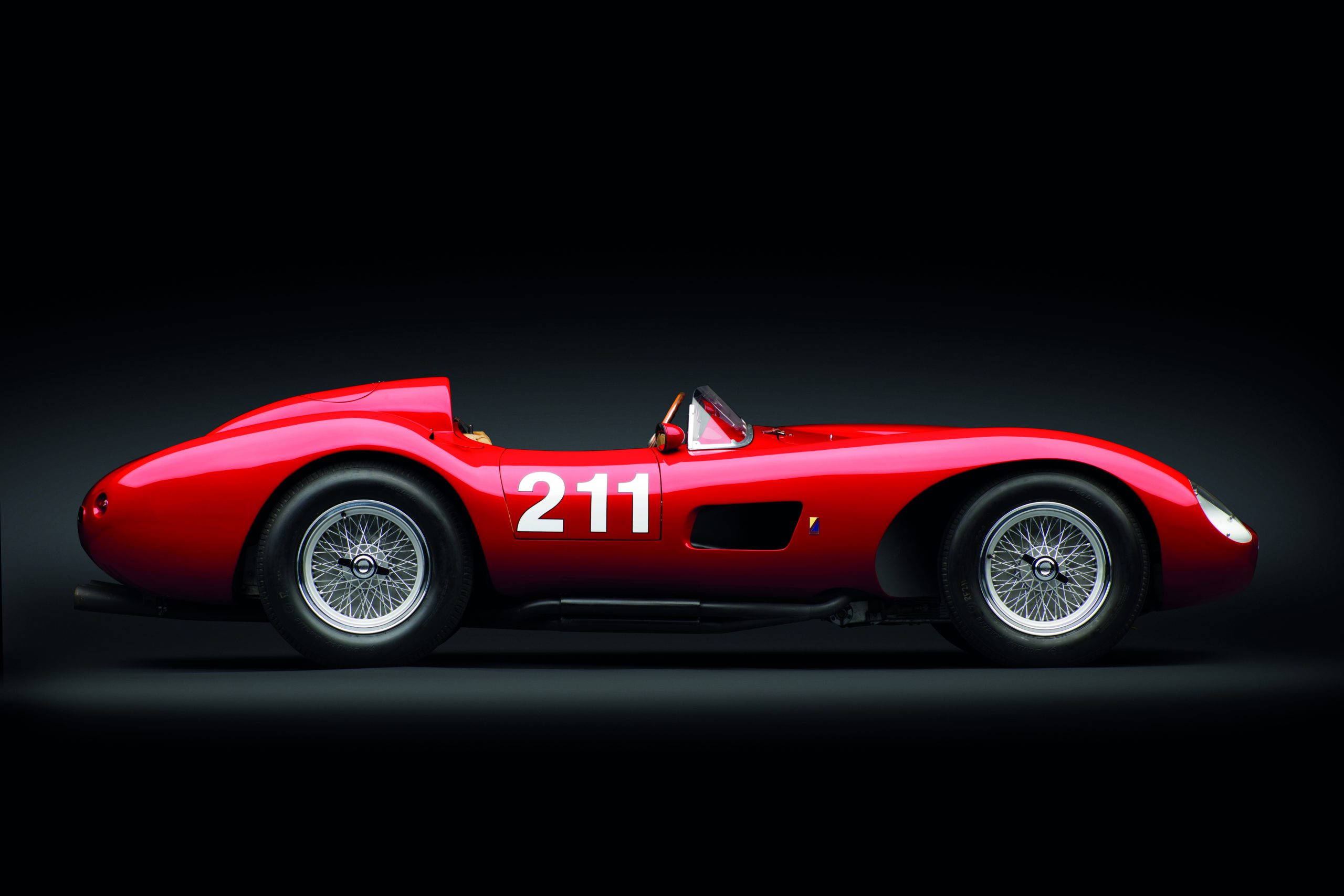 Following its restoration, 0680 MDTR was shown at Pebble Beach in 1985, where none other than Jackie Stewart introduced the car to the hundreds of onlookers as “a car that has quite a record behind it. Many west coast races. The roar of the V-12 engine was greeted by applause on the 18th green at Pebble Beach, from where the car resumed its competition career the same year at the prestigious Monterey Historic Automobile Races. (Extraordinary period video captures this event and is available for review by interested parties upon request or on RM’s website.) In fact, the dedicated owner has returned to Laguna Seca for this event annually ever since, except for 2002 and 2010. Notably, 0680 MDTR finished most often ahead of the pontoon-fendered Testa Rossas in attendance. In all, the current owner raced 0680 MDTR on 113 occasions during a post-restoration vintage-racing career even more prolific than the car’s extensive period racing history. What’s more, the car competed in the Ferrari Maserati Historic Challenge and was entered in a number of classic touring events. In 1999, at the 25th annual edition of the Monterey Historic Races, the 625 TRC won the Chopard Award for Presentation and Performance. In 2005, the Ferrari returned to the show field with another appearance at the Pebble Beach Concours d’Elegance. Most recently, the Ferrari V-12 engine was completely rebuilt and fitted. expert Patrick Ottis prior to the 2011 Monterey Historic Races.