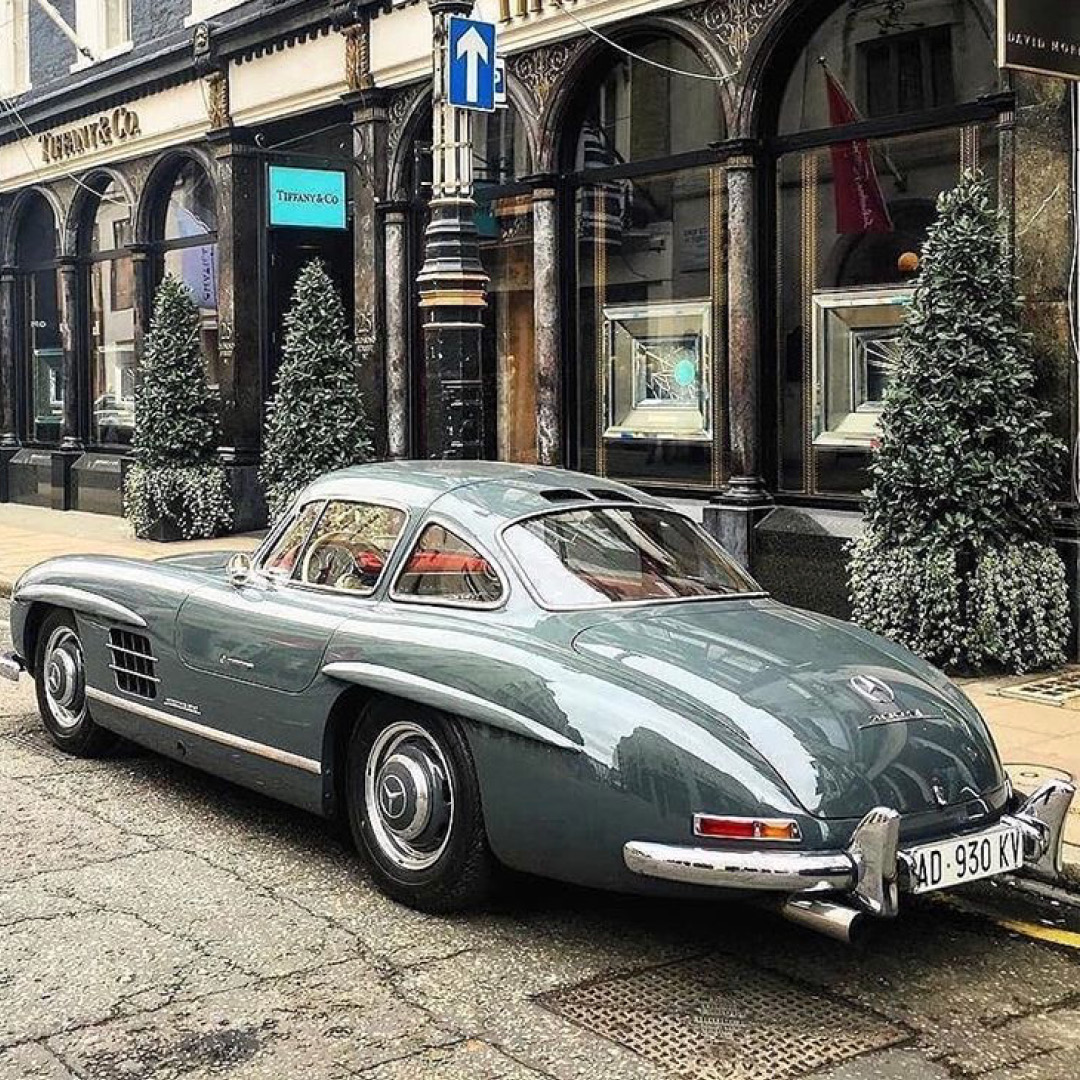 Introduced in 1954, the Mercedes-Benz 300 SL was a racecar for the open road. This model at 260 km/h was one of the fastest cars in its day and quickly became regarded as a status symbol. The car with six-cylinder engine was the first model to feature fuel-injection achieving the world’s fastest top speed. This two-seat coupé was a favorite of Tinseltown A-listers including Clark Gable, Sophia Loren and Pat Boone.