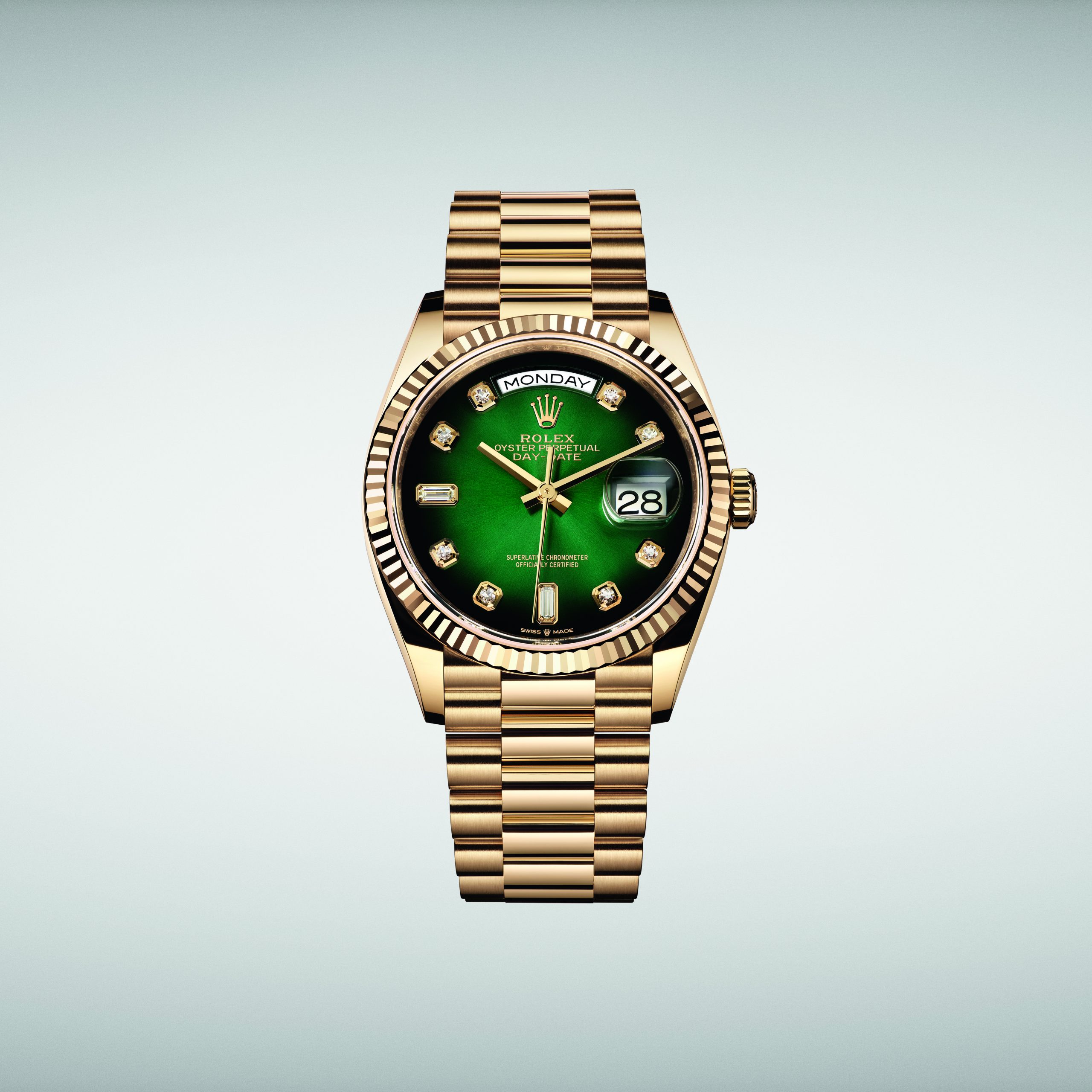 The Day-Date’s calendar displays the day of the week spelt out in full in an arc-shaped window at 12 o’clock in addition to the date in a separate window at 3 o’clock. This display relies on disc mechanisms; the day and date change simultaneously and instantaneously. The indication of the day of the week is available in a choice of 26 languages. The Day-Date is also equipped with a mechanism allowing rapid adjustment of the day and the date using the winding crown. Like all Rolex watches, the Day-Date is covered by the Superlative Chronometer certification redefined by Rolex in 2015. This exclusive designation testifies that every watch leaving the brand’s workshops has successfully undergone a series of tests conducted by Rolex in its own laboratories and according to its own criteria. These certification tests apply to the fully assembled watch, after casing the movement, guaranteeing superlative performance on the wrist in terms of precision,
power reserve, waterproofness and self-winding. The Superlative Chronometer status is symbolised by the green seal that comes with every Rolex watch and is coupled with an international 5-year guarantee. The precision of every movement – officially certified as a chronometer by the Swiss Official Chronometer Testing Institute (COSC) – is tested a second time by Rolex after being cased for a precision within −2/+2 seconds per day, much stricter than that accepted by COSC for official certification of the movement alone. Rolex checks the waterproofness, the self-winding capacity and the power reserve of 100 per cent of Rolex watches. These tests systematically complement the qualification testing during development and production, in order to ensure the watches’ reliability, robustness, and resistance to magnetism and shocks.

At the End of The Rainbow

More Than Meets The Eyes

For the first time ever Rolex makes a titanium watch

An Icon Since 1953, Rolex Submariner. A perfect gentleman watch. A touch of class