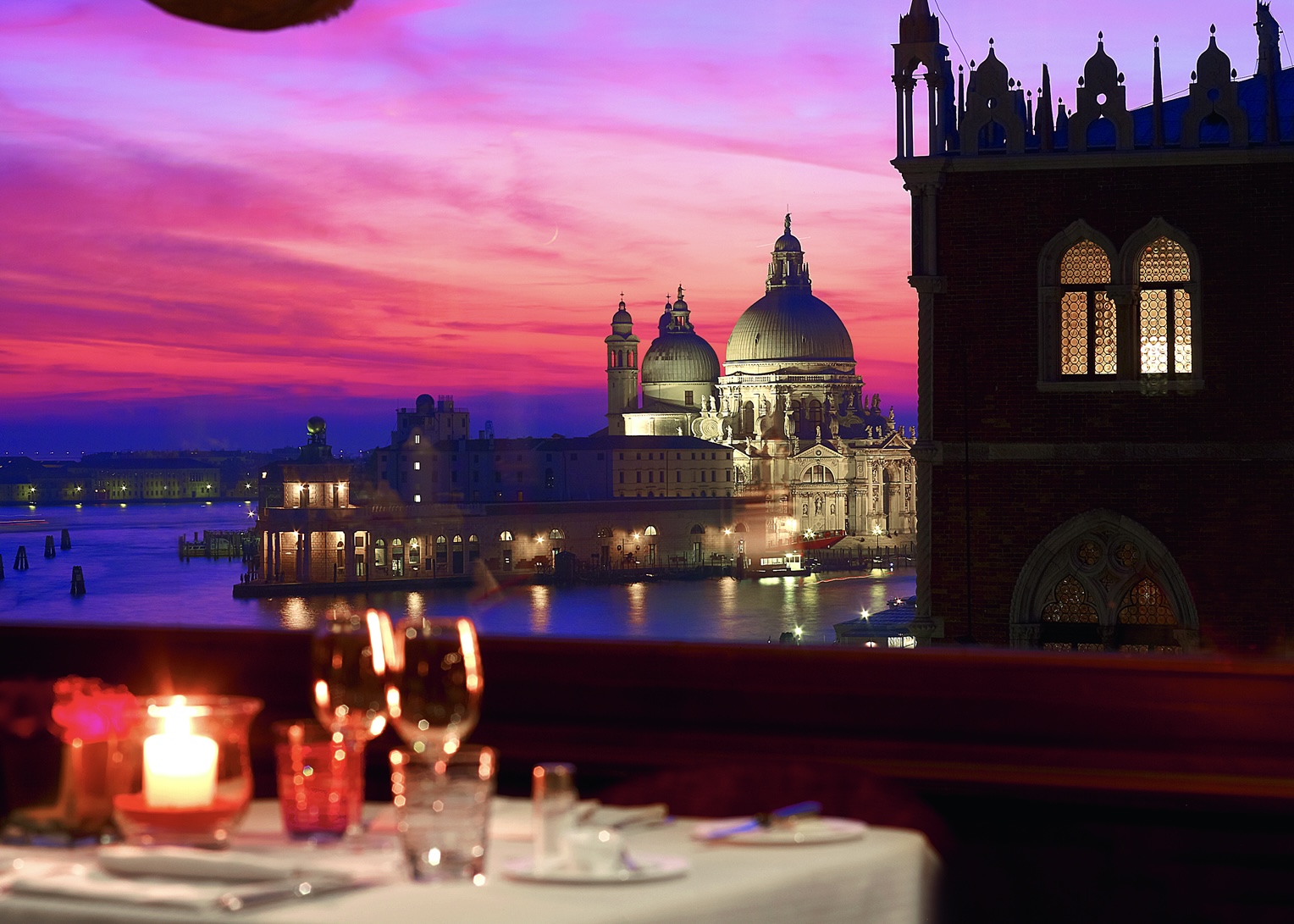 Venice is a dream when you are walking through its Calli and Campi, when at every step you come across a bridge or a canal, when entering any church walls emanate art and faith of people like Tintoretto, Tiepolo, Veronese, Bellini and Jacopo Palma il Giovane. In the evening, the dreamlike atmosphere is increased by play of light and dark shades. Thank to its long history and its peculiar urban shape, the city of Venice offers a full range of activities catering to different travellers, from those who are seeking a relaxing day at the beach at the Lido, to the ones interested in cultural destinations and museums, and those who fancy the best Made in Italy products of this season and local products.

Venice’s Starwood luxury hotels are magical places, dreamlike locations, all housed in old mansions and palaces. Entering the lobby of the Danieli, the Gritti Palace, or the Westing Europa Regina means taking a plunge into 18th century Venice, when the Venetian Republic was at its peak. Crossing the threshold is like taking a journey into the past, but sacrificing the pleasures of 21st century comforts. The common areas and rooms of the luxury hotels of Venice are decorated by the great painters who have worked for t

he Doges and Venetian nobles, have corners, shrines and ceilings enriched by precious Murano glass, have impressive staircases and arches designed by architects of world renown. But at the same time, they are equipped with all modern comforts, the most sophisticated technologies, the most luxurious Spas, the most personalized services, the finest déjeuners prepared by chefs of international fame. With sweeping views over the Venetian lagoons, Hotel Danieli enjoys a location rich in history on Riva degli Schiavon, The Danieli meets more than expectations. Hotel Danieli’s alluring collection of 210 suites and rooms, welcoming guests across the hotel’s three palaces to sumptuous, elegant surroundings reflecting the rich cultural heritage of Venice.

Danieli to celebrate important milestones in their lifetime. Spread throughout the three palaces that compose the Hotel Danieli, each of our 210 guestrooms welcomes guests to sumptuous, elegant surroundings that reflect the rich cultural heritage of Venice. Those rooms housed in Palazzo Dandolo enjoy quintessential neighborhood views and glints of Murano glass along with vivd yellows and vibrants reds echo the glorious Empire period. For those rooms situated in Casa Nuova, tapestries of blue and pink along with lacquered furnishings echo the romantic Baroque period. Their top suite, the Doge Dandolo Suite, holds the corner setting on the Piano Nobile of Palazzo Dandolo, its private stand up balconies overlook the Venice Lagoon with 180° views of the Grand Canal.

The suite’s salon is framed by antique portraits by 19th century Venetian artist Ermolao Paoletti and an extensive bookcase that showcases rare silver pieces from the hotel’s private collection. The bedroom ceiling is graced with an original 18th Century fresco by Jacopo Guarana which was restored by the Academy of Fine Arts in Venice. Antique carpets lend warmth to heritage Venetian terrazzo floors and floor to ceiling gold tinged silk curtains filter the reflections from the lagoon waters outside. The Danieli stands as part of the city´s history. It was the end of the 14th century, when a magnificent building was raised in Venice owned by a noble Venetian family, the Dandolos. From the historical chronicle, Palazzo Dandolo was one of the most pompous and richly decorated buildings where there were always social events. In 1822 Mr Giuseppe Dal Niel, nicknamed “Danieli”, rented the second floor of the Palazzo Dandolo, turning it into a hotel. In 1895 the new owners of the Hotel Royal Danieli start some expensive restoration works to introduce some modern innovations that could add luxury and comfort for the distinguished tourists of that time. Before the end of the century the Hotel is connected with a nearby palace with a bridge between the two first floors. In  1906 in Venice, the Count Giuseppe Volpi establishes the Compagnia Italiana Grandi Alberghi and becomes the owner of the Hotel Royal Danieli.

Gritti Palace Venice is one of the jewels in Starwood Hotels. The 82-room hotel is in a 15th century building was originally built in 1475 as a nobleman’s residence. The building was enlarged by Andrea Gritti from 1523 to 1523 it became the residence of the 16th century Venice doge Andrea Gritti. In the 19th century the residence was converted to a hotel.
Sleeping in a luxury hotel in a building over 500 years old is the kind of experience that enlivens a stay in Venice. People come to Italy to see old architecture and a centuries old hotel surrounds you with history. The name Gritti Palace came in 1947 when the hotel was upgraded following the war to become the famed luxury hotel of Venice for nearly sixty years. The hotel was closed and redesigned during late 2011 and 2012.  Gritti Palace reopened in early 2013 after the £36.5 million project, with a reduction in rooms from 91 to 82 and conversion of premier water view rooms to suites. Much of the expenditure was restoration of the hotel’s antiques by skilled craft workers in Italian arts. Each of the hotel rooms has unique pieces.