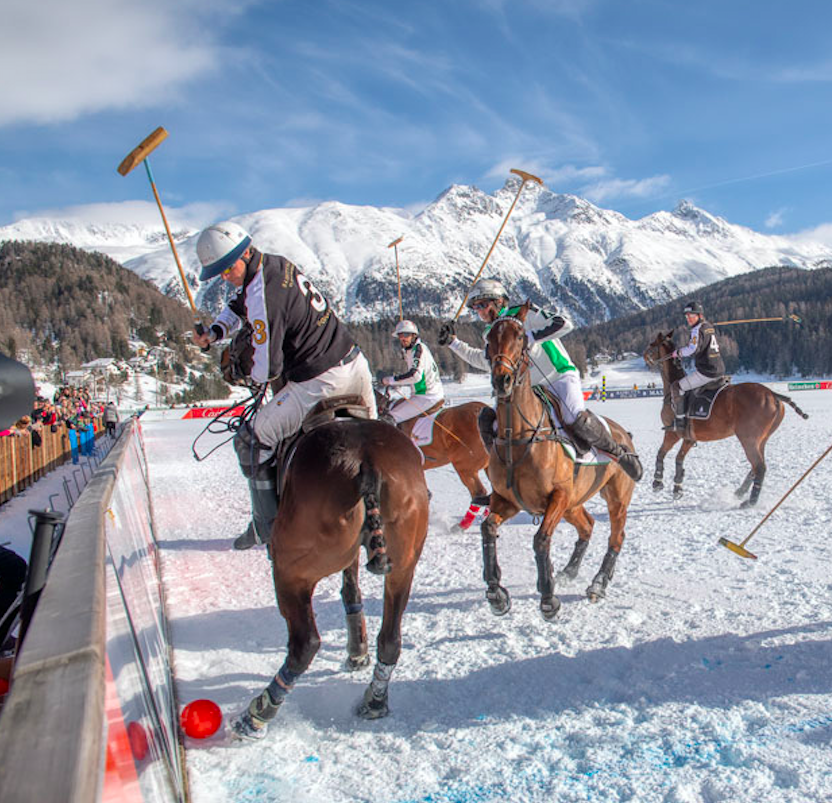 LE GRAND MAG is once again the Official Media Partner of the Snow Polo World Cup, as the 36th edition takes place on 24, 25 and 26 January 2020. During this prestigious event which generates a revenue of over CHF 12 million, the top polo teams will be competing for the coveted de Grisogono Trophy during matches held from Friday through Sunday.

Over the course of three weeks, a 20,000 sqm polo field, numerous tents and stands that hostlifestyle and social events are constructed. The CEO of the Snow Polo World Cup St. Moritz, Reto Gaudenzi, explains: “Getting all of the installations ready on time is a massive show of strength; in such a short time, it can only be achieved thanks to the tireless effort of everyone involved and their well-rehearsed teamwork.”

One of the highlights of the social event, the Schlitteda parade is steeped in tradition. Once upon a time, at this event, the young men would invite their sweethearts for a romantic ride across the snow-covered Engadine plaines on their beautifully decorated horse-drawn sleighs. This year, they will entice the spectators of the Snow Polo World Cup. As in previous years, the Polo Piazza will offer live band music and a choice of gourmet and beverage for locals and visitors.

The international media and over 15,000 polo enthusiasts from around the globe are expected to attend the Snow Polo World Cup and experience the atmosphere of this event staged at an altitude of 1,800 metres above sea level from 24 to 26 January 2020.