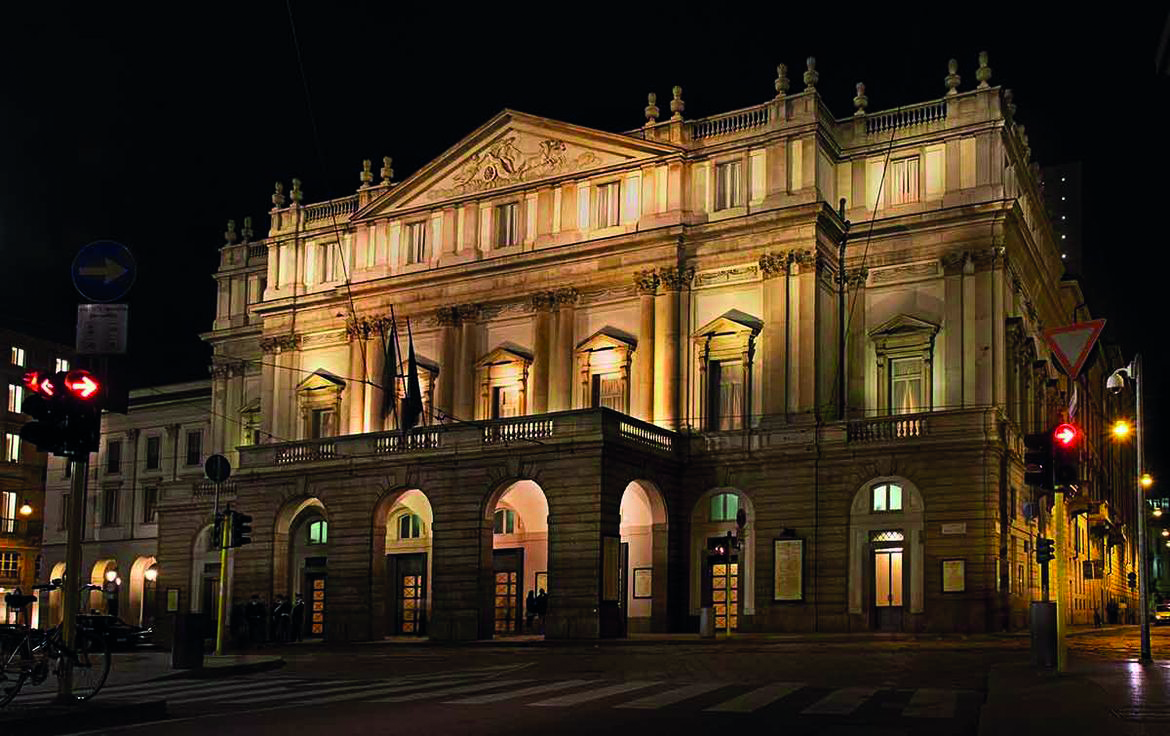 The La Scala Academy traces its beginnings to 1813 when the Imperial Regia Accademia di Ballo was founded, which grew to today’s Ballet School. Over a century later, the Scuola dei Cadetti della Scala opened in 1950, forebore to-day’s distinguished Academy of Lyric Opera, followed by the Course for Charge Artists in 1970. The progressive diversifcation of the curriculum under the stewardship of Carlo Fontana led to the creation of the Schools, Training and Development Department in 1991 and the institution of the independent Fondazione Accademia Teatro alla Scala in 2001. Partnering with Teatro alla Scala in this initiative are the Region of Lombardy, the
Milan Chamber of Commerce, Bocconi University, the Milan Polytechnic, Fondazione Brac-
co and the City of Milan. Today, there are four departments– Music, Dance, Stage Workshops, Management – with some 30 courses for over 1,000 students from every corner of the world: approximately 500 for professional courses and 500 for beginning courses. The teaching method focuses daily feld experiences in the form of concerts, performances, exhibitions and seminars, culminating in the Academy Project, a yearly feature of the Teatro alla Scala opera season produced entirely by students.