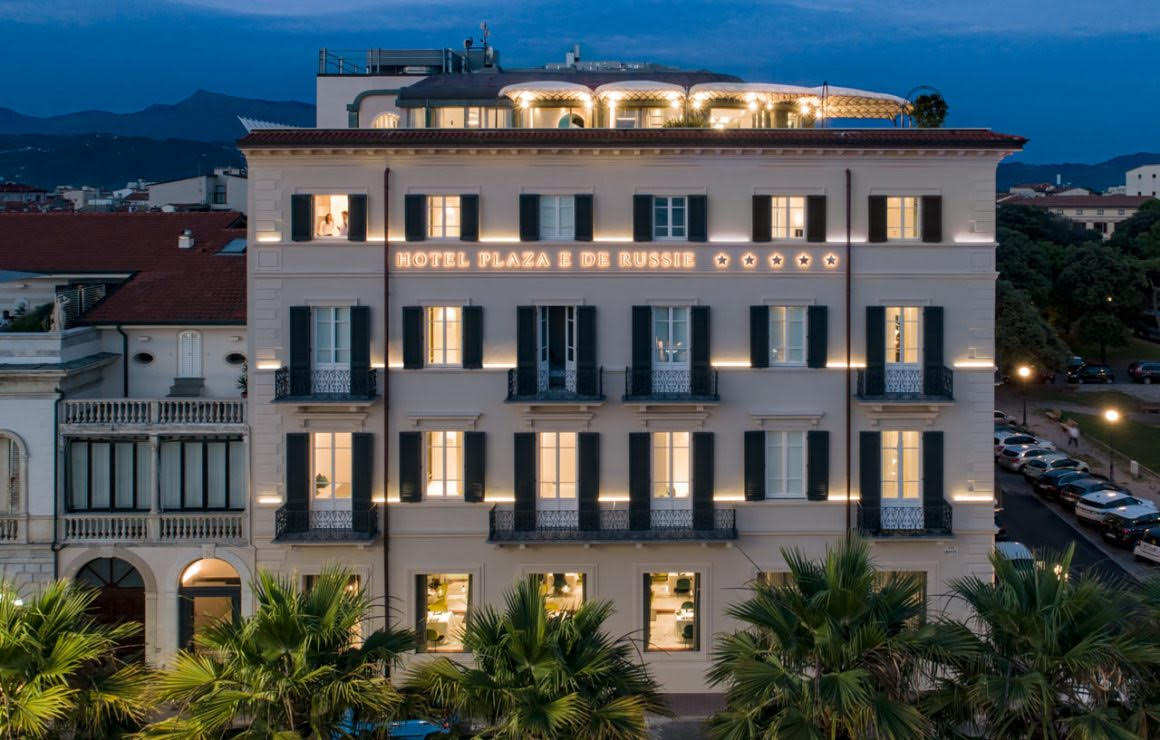 Everything a beautiful hotel should be, and filled with the most glamorous guests imaginable.

A Roman icon for nearly 200 years, Hotel de Russie is as renowned for its elegant styling as its envied position between the Spanish Steps and Piazza del Popolo. Delicate hues, contemporary decor, and attention to detail highlight guest bedrooms. All rooms have been softly renovated, including the Popolo, Picasso, and Nijinsky suites, and adorned with original artworks and antique furniture; many overlook the Secret Garden, including the new Valadier Suite. Dine at Le Jardin de Russie in the extensive, terraced gardens. The hotel boasts one of Rome’s best urban spa retreats, featuring a saltwater hydropool, sauna, and steam room.

Hotel de Russie owes its name to the many members of the Russian Imperial House and the Russian Romantic painters who selected the hotel as their location of choice for their stay in the Eternal City. The hotel is a fascinating mix of old and new, with modern design that respects the classical architecture of the building. French poet Jean Cocteau described our hotel as “paradise on earth” in 1917. Today, it’s the finest of all the 5-star hotels in Rome and one of the city’s greatest treasures.

The rooms and suites exemplify luxurious Roman living and are individually decorated with feature accents inspired by the city’s antique history. The elegant interiors include sculpture and bas relief, photography, vibrant cushions, and chic furnishings. Bringing the outside in, stunning botanically-inspired wallpaper from Lewis & Wood echoes the timeless splendour of our Secret Garden.  A palette of blues, greys and purples compliments bright oranges and greens bringing a sense of vibrancy and Roman flair to the rooms