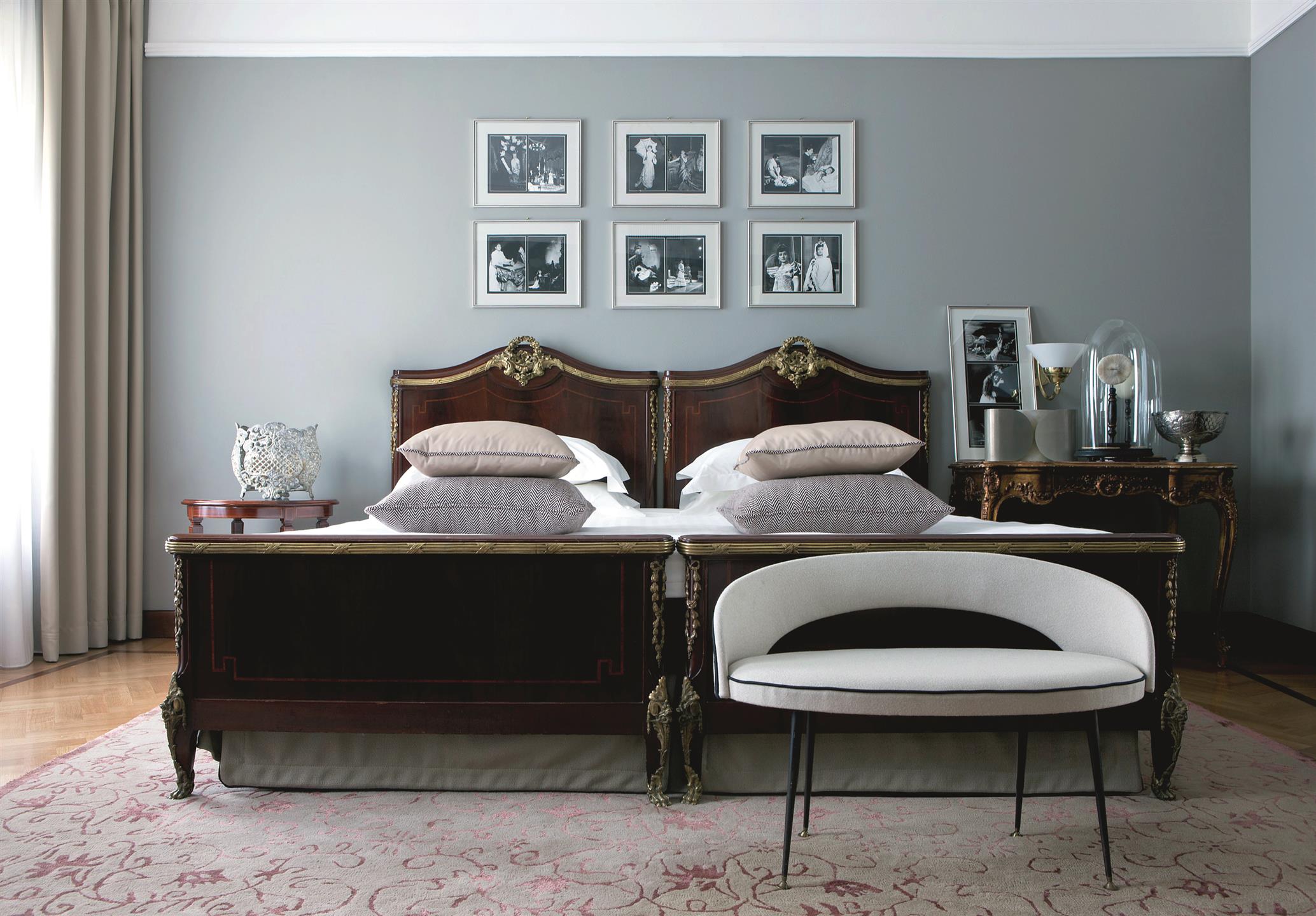 Milan may be the most fashion-forward city in Italy, and the center of industrial progress as well-but this is still Italy, after all, and there’s always room for a little bit of ancient history. Nothing industrial or futuristic about it: the Grand Hotel et de Milan is every bit as traditionally elegant as La Scala theater, which is just a few steps away-and this location surely played a crucial role in the hotel’s history, as such famous names as Nureyev, Callas, and Caruso have graced its guestbook. Giuseppe Verdi spent years here, including his last: the public rooms are almost exactly as he left them, filled with antique furnishings, marble floors, and Oriental rugs.

A place rich in atmosphere where guests may bask in the aura of famous people whose names have been written in history. Opened in 1863, the Grand Hotel et de Milan retains all the charm of an old Milanese town mansion. In Via Allesandro Manzoni inside the central Zone 1, the Grand Hotel et de Milan is directly opposite via Montenapoleone, Milan’s most renowned fashion shopping street. Over one hundred years old, the hotel is close to via Della Spiga and a short walk from la Scala. Each room features eighteenth century style. Designed by architect Andrea Pizzala, the structure is inspired by Neo-Gothic. The hotel has been run with great care and attention by the Bertazzoni family for three generations. Nearby places of interest include high fashion shopping district Quadrilatero della Moda, world-famous opera house La Scala, Pinacoteca di Brera art gallery and the Piazza del Duomo, a large public square surrounded by the Gothic Milan Cathedral (Duomo), the Royal Palace of Milan and the 19th-century shopping arcade Galleria Vittorio Emanuele II.

Being the first hotel in the city to offer postal and telegraph services, it became popular with diplomats and businessmen, but later formed a close relationship with La Scala when composer Giuseppe Verdi took up residence in one of the suites in 1872. He worked on Othello and Falstaff here and died at the hotel in 1901. Later, as Fashion Week was established, the hotel was a favorite of designers in the ‘60s and ‘70s. Other famous guests have included Enrico Caruso, Maria Callas and Richard Burton. Celebrating its 150th anniversary in 2013, the hotel is filled with antique mirrors, glass, furniture, paintings, and fireplaces. In the 1990s a renovation revealed a city defense wall dating back to the 3rd century which is now a feature in one of the restaurants. The rooms have perfectly preserved period furniture and details, such as parquet flooring and spacious bathrooms in Italian marble. Seventy-two rooms and twenty-three suites offer a variety of accommodation. The interiors are furnished in a luxurious, traditional style with antique furniture, many works of art and sumptuous fabrics.

A recent refurbishment by Dimore Studio of Milan has added contemporary decor. The effect is tasteful, contemporary, and soothing with classic elements like parquet floors with grand rugs. Suites are named after the hotel’s celebrated guests and include a selection of objects, photos, autographic documents and other mementos. Choose from Giuseppe Verdi, Gabriele D’Annunzio, Maria Callas, Vittorio De Sica, Giorgio Strehler, Luchino Visconti, Giorgio De Chirico, Tamara de Lempicka or Enrico Caruso. The Don Carlos Restaurant serves fine Italian cuisine in a space decorated with works of art and memorabilia from La Scala Theatre Museum. It offers guests the chance to enjoy selections from the hotel’s impressive wine cellar where guests can see the remains of the Roman wall that Emperor Massimiliano ordered built in 250 AD.

The restaurant Caruso, with its pleasant “jardin d’hiver”, offers a cuisine that reinterprets dishes of the Milanese tradition with a contemporary twist. Strategically located between Piazzetta Croce Rossa, via Montenapoleone and via Manzoni, within the delightful veranda surrounded the greens of the square, furniture from the past and contemporary elements, creating a timeless atmosphere that reminds of Parisian bistros. In August, the Caruso restaurant will remain open for lunch and dinner. The choice of the food, its quality and seasonality, have always been characteristics of the Grand Hotel et de Milan.