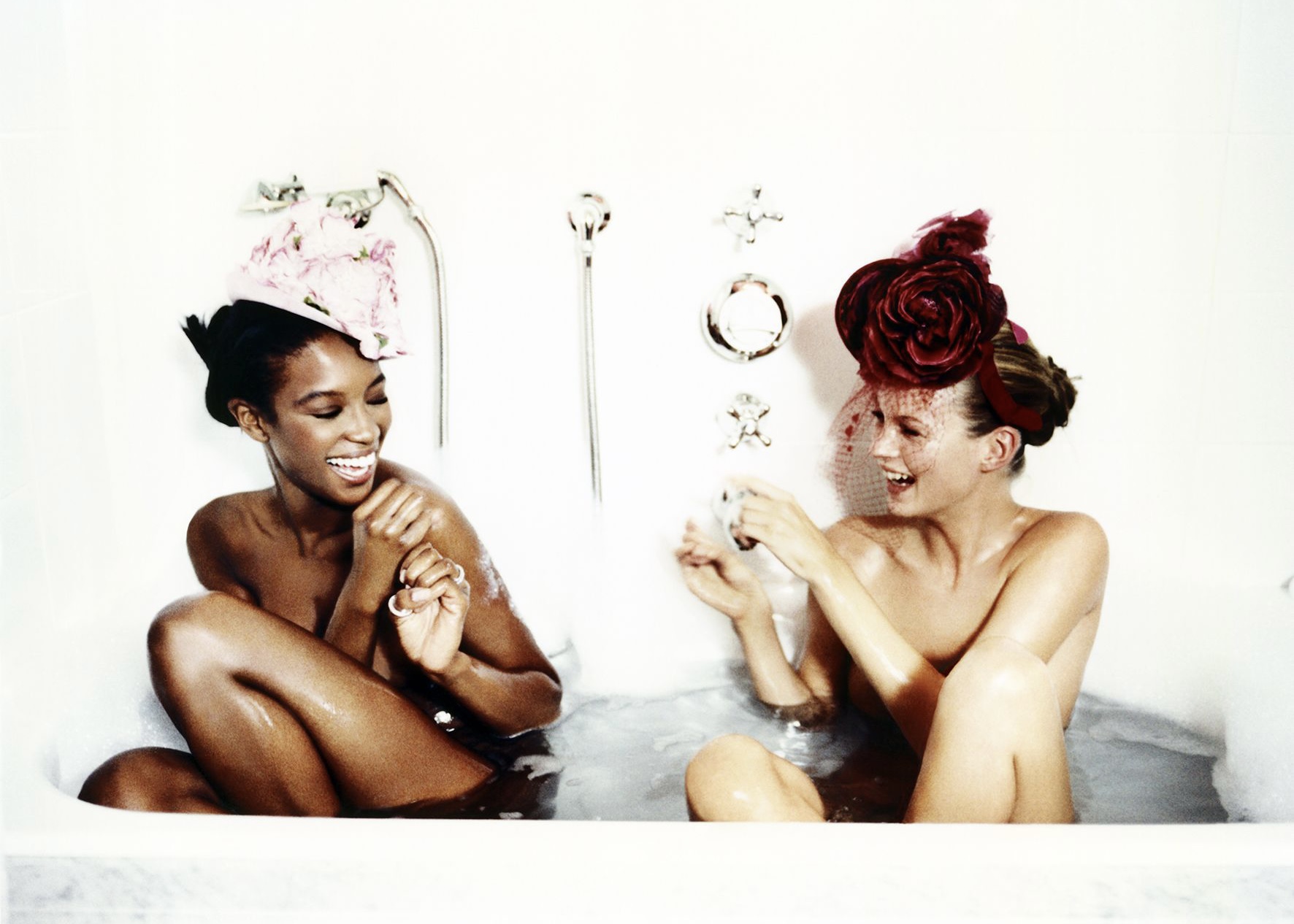 Ellen von Unwerth is one of the most prolific and renowned contemporary fashion photographers and a pioneer of the “Supermodel” era. She was a model herself for ten years before deciding to flip the script and pick a camera herself, so she knows what it feels to be both in front of and behind the camera. Her cinematic, sexy and feminine style empowers women by presenting them as strong, free and independent. She said: “When I was modeling, I was always told that I couldn’t move and I should look to the left and the right.” As photographer, she encourages her models to free themselves and give her “those moments where they show emotion and not just their physical beauty.”
Ellen von Unwerth is a German photographer best known for her playfully erotic images of female pop musicians and models. Over the course of her career, the artist has photographed Britney Spears, Christina Aguilera, Adriana Lima, and Rihanna, among many others. “Technique undoubtedly helps make photography magical, but I prefer to work with atmosphere,” she has said. “I think that the obsession with technique is a male thing. I would rather search for a new model or location.” Born in Frankfurt am Main, Germany in 1954, she was raised in various foster homes in Bavaria.
Discovered by a model-scout in Munich at 20 years old, she relocated to Paris, where she earned a living as a model for the next 10 years before turning to photography. In 1989, she shot Claudia Schiffer for a Guess fashion campaign, a commission which effectively launched her career. Since then, von Unwerth’s images have appeared in Vogue, Vanity Fair, Interview, and other publications, she has also shot campaigns for brands such as Dior, John Galliano, Ralph Lauren, and Uniqlo. In 1991, the artist won first prize at the International Festival of Fashion Photography, and American Photo Magazine named her as one of the most important people in photography in 1998. In 2017, the artist was the subject of the exhibition “Ellen von Unwerth Heimat,” at TASCHEN Gallery in Los Angeles, coinciding with a book launch of the same name. She currently lives and works in Paris, France.