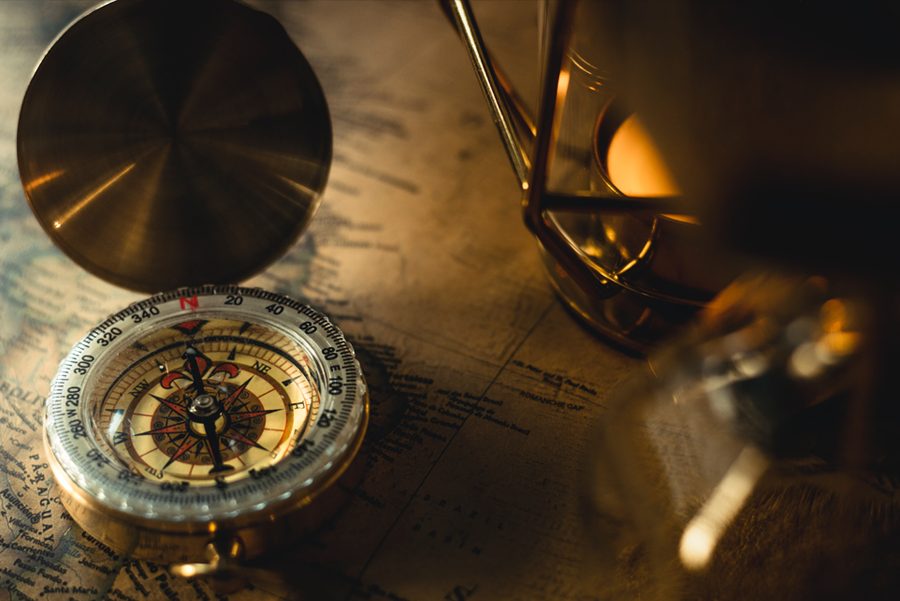 After spending a whole time with my new friend, going about the exploration of this planet and its stories, of all things I could expect, not receiving a souvenir was never contemplated. I wanted something that I could hold on to as a representation of this adventure, but instead, I was told: “I’ve given you something greater than any other gift. A memory of the time spent together that you could recall at any moment, and no one can take this away from you.”
Thus, ignoring the stale after taste left by this experience, I’ll try and capture all its essence in these lines.

I got to the planet just on time to start a run-of-the-mill day with its residents. Everyone seemed so busy: not working, nor having errands to run but rather, collecting stuff and storing it in their properties. Some people gathered works of art, some vintage magazines, other books, lamps, or stamps, titanium rings, probably taken from cigars.
Wherever I moved, I could see someone collecting, exchanging, or storing something. I found it fascinating at the same time difficult to understand why everyone was so avid and a little obsessed with owning things. I could see reason with some collectors: they were keeping useful objects, but most of them came across to me as hoarders of nonsense.
Nobody noticed my arrival, and I was please with that because it gave me the possibility to curiously roam around without being questioned. The streets were full of items, piled up, and filled up all over; some side streets were soo packed that the crossing was impossible.

I was walking down awhile lost in thoughts when I got hit by a little boy carrying a, two times his height, straw basket. The containing poured on the ground revealed: coffee beans! I quickly helped the boy to pick them up when he started yelling: <<What a mess! I know you did it on purpose. You wanted to steal them from me!>> I nervously started shaking my head, replying: << Absolutely. I didn’t see you coming, and we bumped into each other. I’m sorry. Besides that, where do all these things come from?>> My answer seemed not to convince the boy, but he eventually said, <<They come from the Explorer. Whenever he lands with his little boat, he comes with a piece of luggage full of new discoverings and curious items we never saw. He is so generous that he’s always happy to give out whatever he finds from his excursions.>>
I picked the last coffee bean and hand it over to the boy, then I asked, << Where can I find him?>> The boy smiled cheekily, <<You have to cross the footbridge and climb the hills. There, you’ll find a little courtyard, pass it. You’ll see him maybe writing in his logbook, or preparing for a new trip. Unfortunately, you won’t gain anything, as everyone already took everything earlier.>> I smiled back, << Don’t worry, thanks for the directions.>>

I followed the tracks and found myself in front of a breathtaking landscape. A river, across which you could admire wild vegetation with intense colors, a sky with infinite shades of blue and orange, and sent of flowers invading the air. At the foot of the river, a man contemplating the marvelous picture. I got closer, mesmerized. The man turned in my direction and, uninterested, turned back towards his initial direction. Then sighed, << I don’t have anything. Come back tomorrow.>> I joined him, << No, I don’t want anything. I’m just curious to know where do you find all of these items.>> I think I got his attention because the expression on his face changed. << On the other side of the river, there are lots of things you can discover. Some locals can teach you new things, such as languages, gastronomy, nature, culture. I travel and spend some time with them. They are more interesting than my people that are so busy owning stuff of which they don’t even know the value. What brought you here?>> The question took me unaware, << Mmm, I don’t know. I was curious to see where all of the items I saw came from. I’m sure that you keep the most precious ones for yourself.>> The man looked at me and said: << I don’t need to keep anything as I can have them whenever. I’m sad because people here don’t have the time to ask me about the actual luggage I take back with me from my tours.>> I exclaimed: << Tell me about it. I want to know!>>

Finally, I saw a smile while he stood up, saying: <<I can do better than that. I can show you!>>
We took the little boat, pushed it down the river, jumped on it, and crossed the waters. During the sailing, he told me about some of his previous adventures, I asked about the last one, and we decided to take me to see it myself. Once we reached the other shore, we started a tour in a field of coffee cherries where we met the farmers and learned how to select the best ones. After the picking, we reached a little house with a lovely lady who welcomed us for a coffee ritual.
I was surprised by the number of details I wasn’t aware of regarding coffee roasting, and realized how experiencing first hand by meeting the people behind the process, gave a deeper meaning to the ritual and enhanced the final flavors.

Coffee tour aside, my new friend took me to the wood, where I could learn how to detect different animal trace and survive. I made handcrafts, learned about the cuisine from unknown tribes, and how to sail guided by the stars. Together, we wrote poems, contemplated the moonlight, and drew several landscapes. We experienced thunderstorms, appreciated the sun, and the peace of silence but still enjoying the company of different people.

I completely lost track of time, and once we got back to our side of the shore, I couldn’t tell how many days, weeks, or months, have passed. The whole experience felt like a dream that left me happily dazed.
That’s the reason why I expected a souvenir from this encounter, and I got disappointed when he sentenced “memories” as a souvenir.

Rethinking about the whole journey, I can’t hold a smile and think that he is probably right. Nothing more than reminding myself of the experience could have been a suitable souvenir.