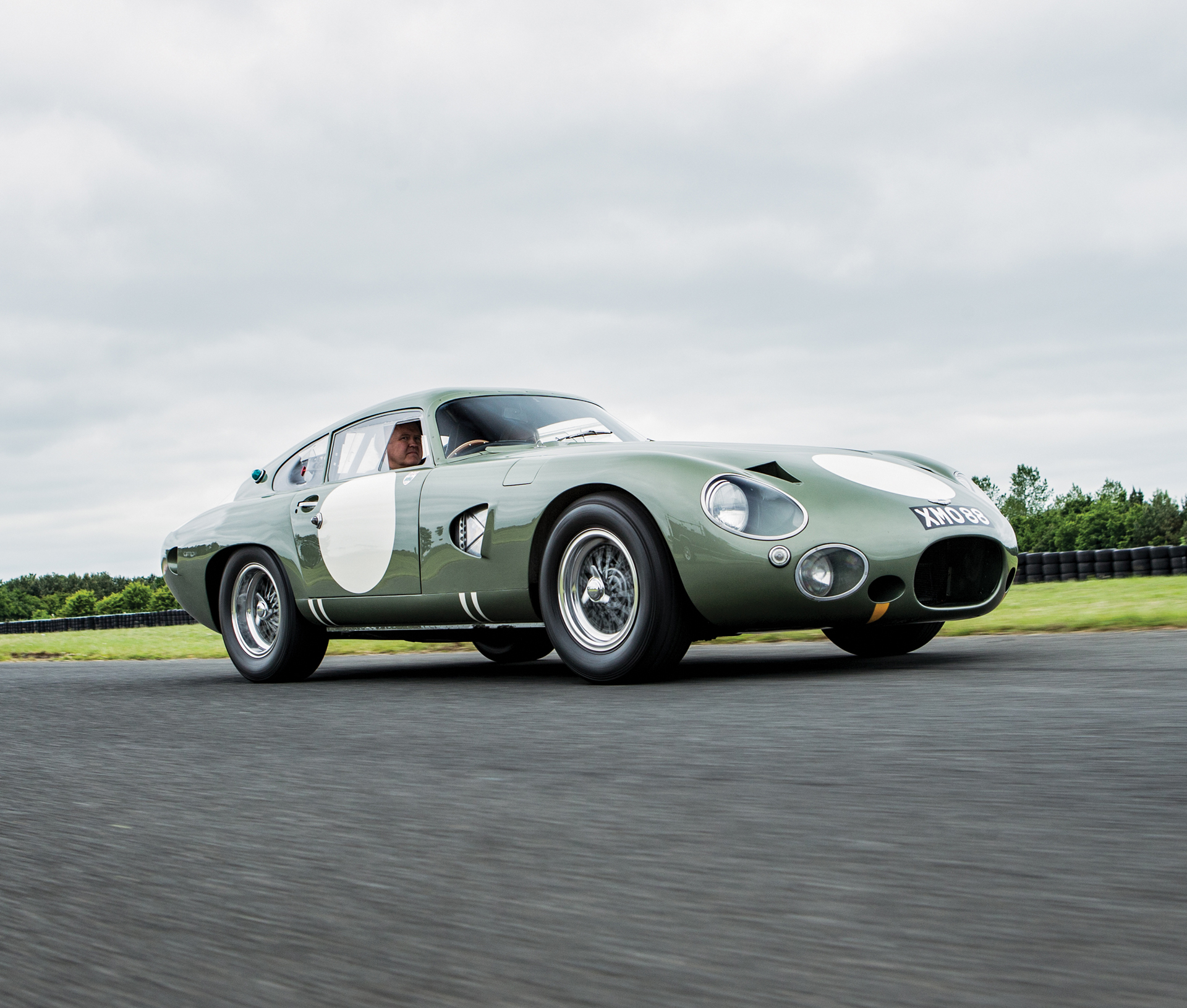 This one-of-a-kind Aston Martin DP215 was built for racing. This unique vehicle was part of the DP212 Design Project originally based on the chassis of the DB4GT. Its sleek and highly aerodynamic body was made of a lightweight magnesium-aluminum alloy and implemented various improvements including a nose extension and the addition of a rear spoiler.

The DP215 was the last racing car built by the factory under David Brown and became the ultimate Aston Martin GT racing car. This model was commissioned specifically for the 1963 24 Hours of Le Mans by Aston Martin Team Manager John Wyer and was designed by Ted Cutting. It featured a Tadek Marek four-liter six-cylinder twin plug engine 400/215/1 that was placed a whole 10 inches further back than in earlier models. This DP215 was driven by Phil Hill and Lucien Bianchi at the 1963 Le Mans. This was the first car to break the the 300 km/hr barrier. The DP215 was six full seconds faster than the famed Ferrari 330 LMB and 12 seconds faster than the Ferrari 250 GTO. However the DP215’s promising start came to a halt when gear failure forced it to retire. The car was repaired but by the end of 1963 the Aston Martin Racing Department was shut down. In the following years this model had an accident and exchanged owners. In 1978 is was purchased by Aston Martin collector Nigel Dawes who alongside Cutting, set themselves on a restoration project to return the DP215 to its original racing condition. By 1996 they had accomplished their mission with the exception of the original engine and gearbox. The car was sold to racer Anthony J. Smith who drove it in various events. Cutting was contacted once again in 2002 by the DP215’s new owner to help rebuild the transmission. Now after almost half a century it was been reunited with its original 400/215/1 engine and is looking for a new owner. This piece of Aston Martin and racing history was recently auctioned at Monterey, it was originally estimated between $18 and $22 million and sold for a record $21.5 million.