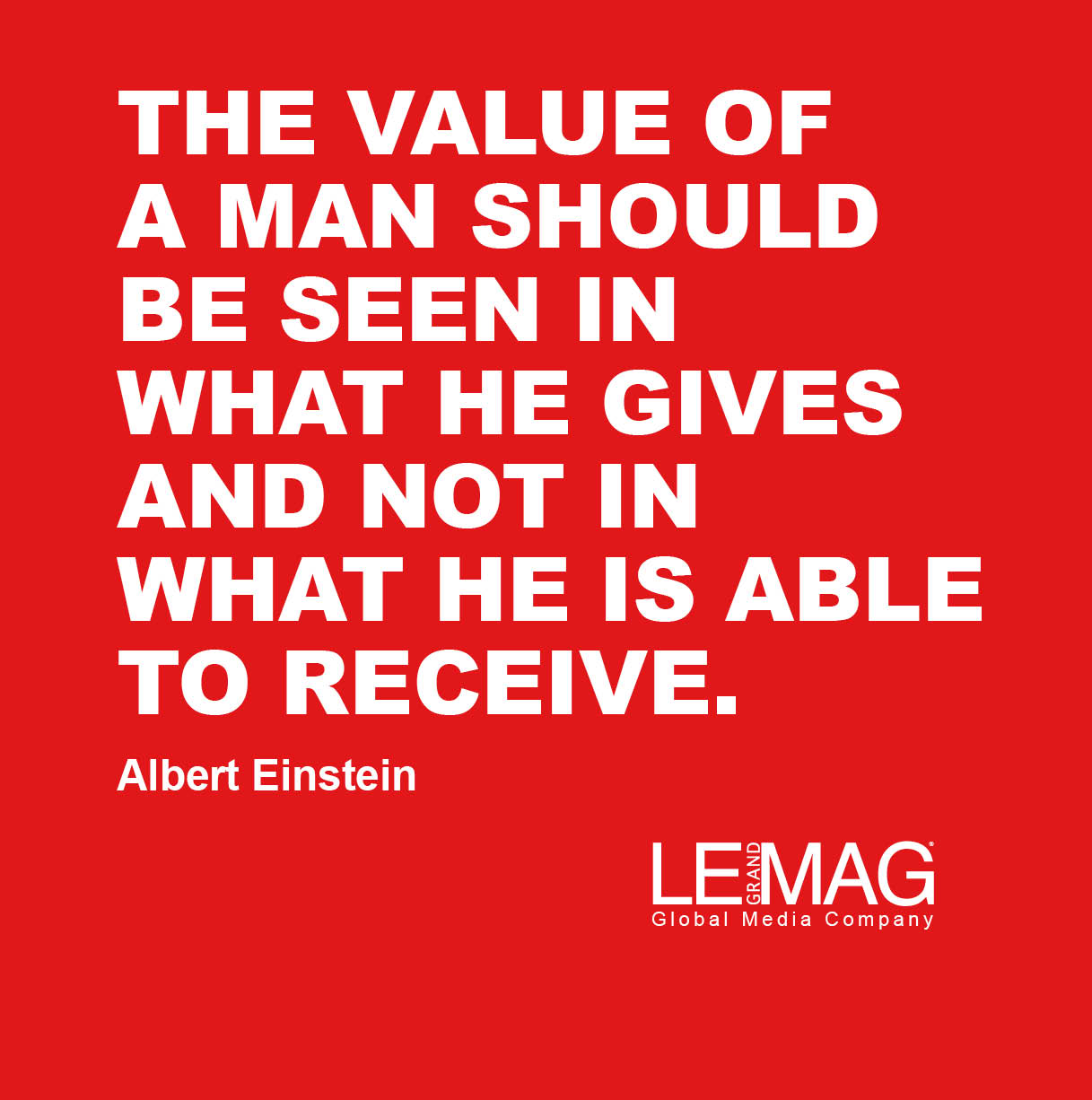 “The value of a man should be seen in what he gives and not in what he is able to receive.”
– Albert Einstein

Albert Einstein (1879-1955) was a theoretical physicist known for this theory of relativity. In 1921 he received the Nobel Prize in Physics and is considered one of the greatest scientists of the Twentieth Century.